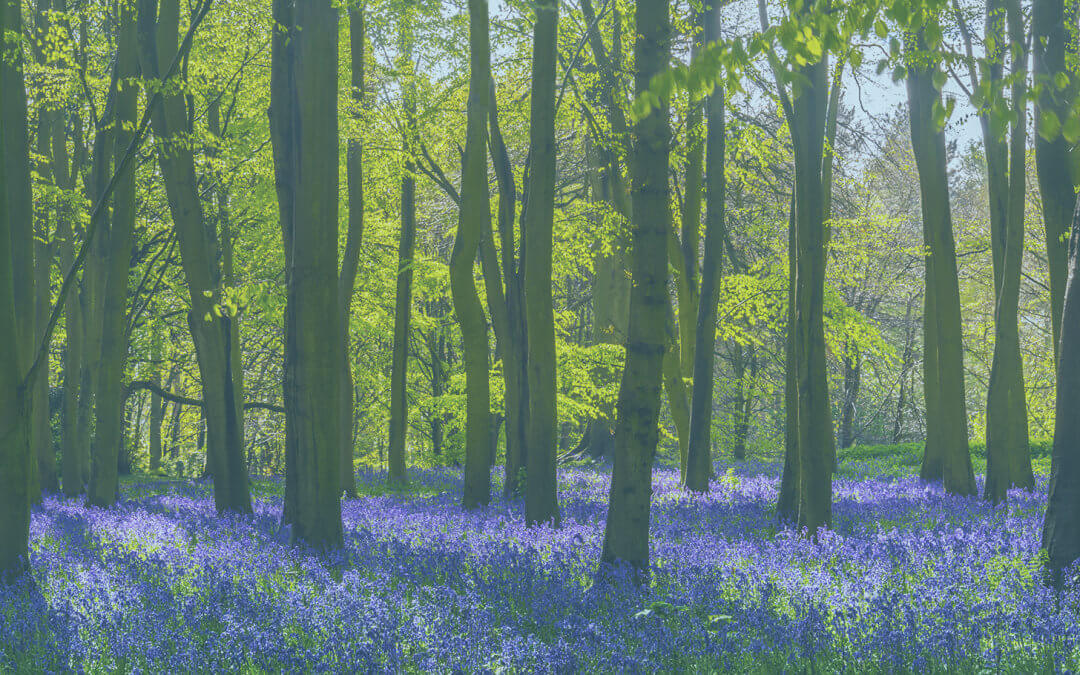 There was once a boy who banged a drum all day. No matter what anyone else said, he wouldn’t stop. Various people were called in by neighbours and asked to do something about the child.

One by one, townsfolk came to warn the boy about his eardrums or that drums were only for sacred ceremonies. They gave him a book and meditation lessons. They even gave neighbours earplugs. Nothing worked.

Eventually, a wise woman came along. Handing the boy a hammer, she said, “I wonder what’s inside the drum?”

Creativity is not about intelligence. It is about your willingness to explore and experiment. To try new ways of doing things. When we exercise our creativity, we make connections between things and put ideas together in different ways to create new and interesting combinations.

When we don’t use our creativity, we tend to just go along with what others think. We might do this because we are afraid to stand out or be different.

Sometimes people can be very creative, coming up with different ideas, but they don’t bring those ideas into reality. The strength of perseverance can help bring your creativity out into the world.

People sometimes say things like ‘I’m not creative’. But the truth is we are all creative. We just need to practice it.

When have you used your creativity in the past? What was that experience like?

The creativity of others can inspire us to use our own creativity. The following is the story of what a life full of creativity looks like:

It is said that before he could talk, Pablo Picasso could draw. In fact, his mother claimed that the first words out of his mouth was ‘pencil’! When he was small, this young artist would draw circular shapes in the sand.

Pablo lived a long and interesting life. Much changed in the world throughout his life. There were wars. New technology like electricity, phones and airplanes arrived. But as the world around him changed, Pablo too was able to change. He was adaptable and innovative.

He was a hard worker. Every day for eighty years he worked making art. It is said that he made over 50,000 pieces of art. He drew. He painted. He wrote poetry. He sculpted. He designed things. He was brimming with ideas. As soon as he mastered one type of art, he moved onto another. He was always looking to challenge himself. He always sought new experiences.

Pablo became famous and often looked for attention. He spoke through his art about society and politics. Some of his art protested against the suffering of war. He spread messages of peace. He had a childlike and playful personality which he kept all through his life.

Born in 1881, in Malaga, in the south of Spain, he was encouraged by his Parents to follow his dream of becoming an artist. Pablo carried with him throughout his life a great fear of death after his sister died at a young age. When he was young the family moved to Barcelona, which was a lively and exciting city. His paintings won prizes and he found himself at home with the artistic community in this new city. He went to study art in Madrid but often skipped class because he didn’t agree with the way the teachers taught. Instead he spent time in cafes and museums, looking for inspiration.

Around this time, he got sick and was laid up in bed for a long time. It gave him time to think about his future. He decided he did not want to make art in his own way and left art school. People might not like it, but he wanted to do it his way, to follow his own path.

Pablo moved to Paris into an apartment with no furniture so he painted furniture and bookshelves for the walls. He was so excited to be in Paris. It was the centre of the art world. He painted scenes of Paris, full of colour and vitality. After a while he moved back to Spain and started an art magazine doing cartoons protesting against the treatment of the poor.

For the next few years, he moved back and forth between Paris and Barcelona living in run down places. He tended to work by night, a habit he kept up throughout his life. Pablo often drew and painted the outcasts in society, like prisoners, beggars and lonely people. People others did like to look at. People society had forgotten.

After a friend of his died Pablo painted in darker colours. He was sad and grieving and used the colour blue to express this. Many around him warned him against this. Few people were buying his paintings because they were sad looking. Pablo didn’t care. He did things his way. He always did things his way.

After a while he came out of this grief. Paris worked like medicine on him. He began to paint figures full of life like Jugglers and acrobats. These were odd and strange characters, the kind of people Pablo liked to study and use for his art.

Then Pablo fell in love with a beautiful artist called Fernande Olivier. He had many loves throughout his life. Pablo was intense and energetic, curious, passionate and original. He met many great and interesting people around Paris like the painter Henri Matisse and the poet Gertrude Stein. As his art developed, he learned to paint not what he saw but to paint what he imagined in what he saw. “I paint objects as I think them, not as I see them”, he proclaimed once. He knew his paintings looked strange but that just reflected the way he saw things. The world seemed strange and mysterious to him.

Pablo always like to try look at the world in different ways, like he was trying on different lenses. In one painting he tried to paint the women in the picture from many different angles at once. People criticised it and this hurt his feelings. But after a while people began to appreciate it. It was a new way of looking at things that could open people’s minds. He was creating a new way of making art.

Pablo used printed words in his paintings and pasted things. If he wanted to put a newspaper in a picture, he would stick a real paper to the painting. This is called collage. With an artist friend of his, Pablo experimented with sticking lots of different things to his painting, even pieces of rubbish. Everything could be used for something. The world was rich and full of material.

Pablo was always changing direction, always trying new things. Pablo’s life was one big experiment. When people expected him to be one thing, or do things in a certain way he changed and surprised them. He could not be contained. He changed styles like most people change clothing. For this he was constantly criticised but Pablo did not care to do what others expected of him. He liked to break the mould. He liked to shock. He painted in ways that no one expected and that people often rejected because it didn’t look ‘real’. Criticism often hurt him but it didn’t change how he did things. He stayed true to his own vision. You could not dilute Picasso!

Pablo has such a hunger for work he took on many projects at once. Poetry, illustrations, etchings. He had huge energy and enthusiasm. He painted pictures of the minotaur from Greek mythology who was half-man, half-bull and lived below ground in a Labyrinth. People think that Pablo saw himself as a minotaur, a mixture of man and beast!

He got into surrealist art which expressed the life of the unconscious mind. This is the part of us that comes out in dreams and nightmares.

Pablo often lived in a mess. His creativity was wild and this could be seen in his living space. He claimed it inspired him but it drove his women away! Truth be told Picasso was a disaster in his love life. He was a bit complicated and probably difficult to live with. He could be grumpy, self-centred and absorbed but also charming. Women inspired his work all his life.

Picasso’s most famous painting was Guernica, a portrait of the bombing of the town in the north of Spain during the Spanish civil war. Picasso was outraged by the murder of innocent people. It was a protest painting against the slaughter of over sixteen hundred people for no real reason. The painting shows people, horses, houses, a bull and weapons in the midst of a great chaos. The horror of war. In 1948 he made a poster of a dove for a peace congress in Poland. The dove became a symbol for peace all over the world.

Picasso moved to the south of France with his new family, making sculptures from material he found around the place. He called this ‘found art’. He made all sorts of weird and wonderful things made from stuff he found around the place. He sculpted bulls, goats, apes and baby carriages. Picasso spent a lot of time with his children playing with them and teaching them.

Even into his eighties, Picasso was finding new love, and experimenting and exploring in every area of his life. Even as time was running out on him, he felt he had more and more to say to the world. He started to take old paintings of the great artists and then re-doing them in his own style.

He had great fame. He had exhibitions of his art all over the world.

Picasso had so many ideas and lived everyday of his life fully, churning out sometimes a number of works in one day. He shows us not just the genius that he had for art but also what a truly creative life looks like – daring, unique and original.

Trying peering through the eyes of Picasso. Picasso always tried to look at thinks in different ways and from different perspectives. Take a familiar object like a chair, a person, or a tree and look at it from as many different perspectives as possible. You can do this by moving yourself, or by moving it. Look at it from above, from below, from the sides. What do you notice? Is there anything you hadn’t previously noticed? Record your observations.

The key to Picasso’s creativity was that he was always experimenting and trying new ways of doing things. He might paint or sculpt something in one particular way or style, but then the next time he would do it in a completely different way. Think of something you do regularly. It could be the way you walk, how you talk or a game you play. Try doing it even a little differently to how you normally do it.

One way to approach this is to do the exact opposite of what you normally do and see what happens. This can be very funny like when someone says ‘Hello’, instead of saying ‘Hello’ back, you say…’Goodbye’!

Other ideas to try include practicing creating ‘collages’ or ‘found art’ – using materials found in the world and organising them in different ways.

Follow Picasso’s lead and keep exploring, keep experimenting in everything you do.